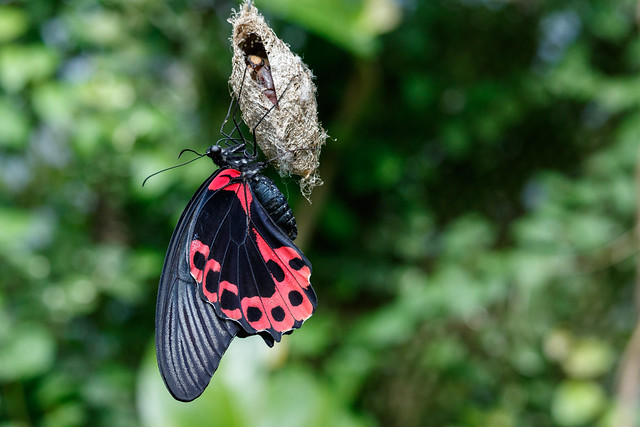 TL;DR: Service Worker, a new Web API, can be used as a mean to re-engineering client-side web applications, and a departure from the single-page web application paradigm. Detail of realizing that is being experimented on Gaia and proposed. In Gaia, particularly, “hosted packaged app” is served as a new iteration of security model work to make sure Service Workers work with Gaia.

Last week, I spent an entire week, in face-to-face meetings, going through the technical plans of re-architecture Gaia apps, the web applications that powers the front-end of Firefox OS, and the management plan on resourcing and deployment. Given the there were only a few of developers in the meeting and the public promise of “the new architecture”, I think it’s make sense to do a recap on what’s being proposed and what are the challenges already foreseen.

Before dive into the re-architecture plan, we need to explain what Service Worker is. From a boarder perspective, Service Worker can be understood as simply a browser feature/Web API that allow web developers to insert a JavaScript-implemented proxy between the server content and the actual page shown. It is the latest piece of sexy Web technologies that is heavily marketed by Google. The platform engineering team of Mozilla is devoting to ship it as well.

Many things previously not possible can be done with the worker proxy. For starter, it could replace AppCache while keeping the flexibility of managing cache in the hand of the app. The “flexibility” bits is the part where it gets interesting — theologically everything not touching the DOM can be moved into the worker — effectively re-creating the server-client architecture without a real remote HTTP server.

Indeed, that’s what the proponent of the re-architecture is aiming for — my colleagues, mostly whom based in Paris, proposed such architecture as the 2015 iteration/departure of “traditional” single-page web application. What’s more, the intention is to create a framework where the backend, or “server” part of the code, to be individually contained in their own worker threads, with strong interface definitions to achieve maximum reusability of these components — much like Web APIs themselves, if I understand it correctly.

It does not, however, tie to a specific front-end framework. User of the proposed framework should be free to use any of the strategy she/he feel comfortable with — the UI can be as hardcore as entirely rendered in WebGL, or simply plain HTML/CSS/jQuery.

The plan is made public on a Wiki page, where I expect there will be changes as progress being made. This post intentionally does not cover many of the features the architecture promise to unlock, in favor of fresh contents (as opposed of copy-edit) so I recommend readers to check out the page.

There are two major technical challenges: one is the possible performance (memory and cold-launch time) impact to fit this multi-thread framework and it’s binding middleware in to a phone, the other is the security model changes needed to make the framework usable in Gaia.

To speak about the backend, “server” side, the one key difference between real remote servers and workers is one lives in data centers with endless power supply, and the other depend on your phone battery. Remote servers can push constructed HTML as soon as possible, but for an local web app backed by workers, it might need to wait for the worker to spin up. For that the architecture might be depend on yet another out-of-spec feature of Service Worker, a cache that the worker thread have control of. The browser should render these pre-constructed HTML without waiting for the worker to launch.

Without considering the cache feature, and considering the memory usage, we kind of get to a point where we can only say for sure on performance, once there is a implementation to measure. The other solution the architecture proposed to workaround that on low-end phones would be to “merge back” the back-end code into one single thread, although I personally suspect the risk of timing issues, as essentially doing so would require the implementation to simulate multi-threading in one single thread. We would just have to wait for the real implementation.

The security model part is really tricky. Gaia currently exists as packaged zips shipped in the phone and updates with OTA images, pinning the Gecko version it ships along with. Packaging is one piece of sad workaround since Firefox OS v1.0 — the primary reasons of doing so are (1) we want to make sure proprietary APIs does not pollute the general Web and (2) we want a trusted 3rd-party (Mozilla) to involve in security decisions for users by check and sign contents.

The current Gecko implementation of Service Worker does not work with the classic packaged apps which serve from an app: URL. Incidentally, the app: URL something we feel not webby enough so we try to get rid off. The proposal of the week is called “hosted packaged apps”, which serve packages from the real, remote Web and allow references of content in the package directly with a special path syntax. We can’t get rid of packages yet because of the reasons stated above, but serving content from HTTP should allow us to use Service Worker from the trusted contents, i.e. Gaia.

One thing to note about this mix is that a signed package means it is offline by default by it’s own right, and it’s updates must be signed as well. The Service Worker spec will be violated a bit in order to make them work well — it’s a detail currently being work out.

Technical Challenges on the proposed implementation

As already mentioned on the paragraph on Service Worker challenges, one worker might introduce performance issue, let along many workers. With each worker threads, it would imply memory usage as well. For that the proposal is for the framework to control the start up and shut down threads (i.e. part of the app) as necessary. But again, we will have to wait for the implementation and evaluate it.

The proposed framework asks for restriction of Web API access to “back-end” only, to decouple UI with the front-end as far as possible. However, having little Web APIs available in the worker threads will be a problem. The framework proposes to workaround it with a message routing bus and send the calls back to the UI thread, and asking Gecko to implement APIs to workers from time to time.

As an abstraction to platform worker threads and attempt to abstract platform/component changes, the architecture deserves special attention on classic abstraction problems: abstraction eventually leaks, and abstraction always comes with overhead, whether is runtime performance overhead, or human costs on learning the abstraction or debugging. I am not the expert; Joel is.

Arguably, Gaia is one of the topmost complex web projects in the industry. We inherit a strong Mozilla tradition on continuous integration. The architecture proposal call for a strong separation between front-end application codebase and the back-end application codebase — includes separate integration between two when build for different form factors. The integration plan, itself, is something worthy to rethink along to meet such requirement.

With hosted packaged apps, the architecture proposal unlocks the possibility to deploy Gaia from the Web, instead of always ships with the OTA image. How to match Gaia/Gecko version all the way to every Nightly builds is something to figure out too.

Given everything is in flux and the immense amount of work (as outlined above), it’s hard to achieve any of the end goals without prioritizing the internals and land/deploy them separately. From last week, it’s already concluded parts of security model changes will be blocking Service Worker usage in signed package — we’ll would need to identify the part and resolve it first. It’s also important to make sure the implementation does not suffer any performance issue before deploy the code and start the major work of revamping every app. We should be able to figure out a scaled-back version of the work and realizing that first.

If we could plan and manage the work properly, I remain optimistic on the technical outcome of the architecture proposal. I trust my colleagues, particularly whom make the architecture proposal, to make reasonable technical judgements. It’s been years since the introduction of single-page web application — it’s indeed worthy to rethink what’s possible if we depart from it.

The key here is trying not to do all the things at once, strength what working and amend what’s not, along the process of making the proposal into a usable implementation.

Edit: This post have since been modified to fix some of the grammar errors.

Even before I get myself this username (timdream) and polluted the search result, search result of that term will give you a link to on LogicError, appropriated titled “Tim’s Dream for the Web”. That “Tim” was Sir Tim Berners-Lee, and he imagines the Web to be the powerful means for collaboration between not only people, but machines. Collaboration between people has been closer than ever because of the Web. It have already grew closer thanks to the technologies set branded as “HTML5”, and the technologies will only grew stronger, hopefully beyond the catchphrase. As of the machines, a form of Semantic Web is indeed slowly emerging, but not in the ideal open, collaborative way and in a more top-down, proprietary approach, limited to the centralized design in which many are asked to interface with few proprietary platforms who encapsulates all data.

Invasion of the Data Snatchers by ACLU

It’s a good thing for people to start enjoying what it is possible when the data is linked — yet, having them linked in a more open way while safeguarding our privacy remain the work to be done. This week we saw the 20th anniversary of W3C, and the HTML5 spec reaches Recommendation status — the events themselves are testimony of the rough history of the Web. I remain cautiously optimistic on this one — the organizations rally on this front is largely intact, and people will, eventually more aware of the danger when as they enjoy the convenience of the technologies.

The LogicError page was in my bookmark since a long time ago, like Firefox 0.8-ish, but not until now I realized LogicError is in fact an Aaron Swartz project. The footnote itself, with the name, kind of say something.